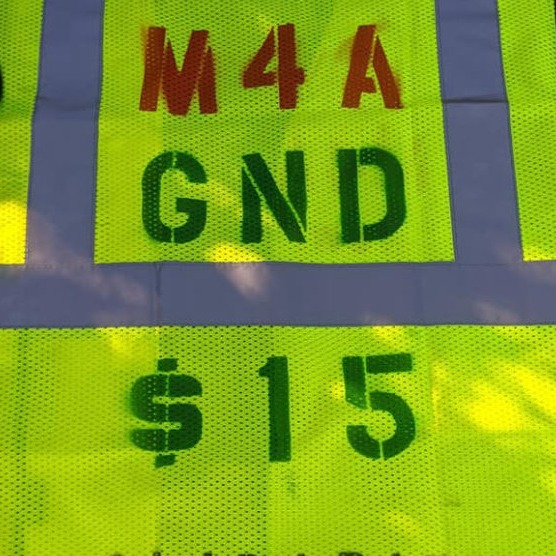 We cannot survive without a living wage.

The time has passed to compromise on $15 an hour as a living wage. A $15 hourly wage would keep many people in poverty. We need a $22 an hour mandatory minimum wage. The Center for Economic Policy and Research acknowledges that if the minimum wage had continued to move with average productivity after 1968, it would have reached $21.72 per hour in 2012! We needed $22 an hour to survive 8 years ago! The fight for $15 was a “gimme” to businesses to begin with. It was the people being generous.

Despite what you hear, businesses will not profoundly suffer from a minimum wage increase. That argument flies in the face of reality. So long as we have a form of mercantile capitalism, products and services will need customers and customers need money. If workers are paid a living wage, then they can afford to buy stuff. The more money they make, the more stuff they can buy. It is called “demand,” and meeting it is the most basic function of any company. There is immense, unfunded, pent up demand for consumer goods and services in our economy just waiting for the income to express itself.

Right now, far too many Americans are working two and three jobs just to keep maintain poverty level living standards. They are exhausting themselves in their best efforts to keep a roof over their heads and food on their tables. Imagine being able to work just one job and still live a quality life in comfort. This isn’t a fantasy. We had single income families that could afford to own a home and take the occasional family vacation as little as forty years ago. Many of our kids are raising themselves on the streets not because they are unloved, but because their parents are always at work trying to make enough money to feed and clothe them. How much more time could we spend with our families and loved ones if we did not have to work 60-80 hours a week? How much healthier would we be as a society if there was time for family?

According to Yahoo Finance, this is the longest period of time we as a nation have ever gone without raising the minimum wage. The American people suffer from wage stagnation, but our leaders sure don’t. The founding fathers did not originally intend for election to Congress to be a paid government position. Today, they are some of the highest paid among us. A regular member of Congress makes $174,000/yr. If you break that down over 52 weeks, 40 hours a week, it equals out to $83.65/hr. Senate majority and minority leaders make $193,400/yr. That breaks down to $92.98/hr. Last but not least, the Speaker of the House makes $223,500/yr. That breaks down to $107.45 an hour! Do you think Nancy Pelosi’s leadership skills are worth $107.45? These people vote to set their own salaries, yet have the audacity to wage a 12-year aggressive battle against the American working class over $15/hr? They are hardly the individuals to inform us $15/hr is too much money. It is glaringly obvious that even $22/hr may not be enough to combat the pace of inflation.

Another complaint I hear is “but what about the risk of company lay-offs due to increased employee wages”? There is NO risk. Again, “demand.” Have you noticed a spike in hiring during the holidays? It always happens. The want ads go up a month or two before the buying rush. More customers create more business, more business create more need for employees to operate said business. More money for the business brings more money for the employee. It is a cycle that won’t be stopped by fair wages, only hindered by wage suppression. The more people working and earning in our country, the more money our country takes in tax revenue. That is more money the government will funnel right back into businesses in the form of assistance, grants, tax breaks, and incentives. There would savings, too. A living wage brings be a reduction in welfare. It lessens the need working people have for programs like SNAP, HUD, HEAP, TANF, and so on. Workers could be completely and totally self-sufficiency with a living wage.

A wage increase would be good for businesses as well. Studies have shown that happy, content workers are far more efficient and productive than those who feel under-valued, under-paid and under-appreciated. Businesses that pay fair wages experience less employee turn-over and incur less costs in recruitment and training.

The battle against a living wage is an egregious act of political gluttony within Congress. We demand a living wage! Our time and lives have value, too. Our taxes fund exorbitant salaries to largely incompetent leadership how have complete disregard to the people's needs. While we suffer, struggle, and starve, they live comfortable, cushy lives off our hard work. We need to DEMAND a living wage of $22/hr, or we will organize a general strike. Enough is enough!

The power of the people is stronger than the people in power. Join with us to demand a Living Wage. Your financial support helps us organize in the streets and put pressure on elected leadership to do right by the American people. We deserve the same right to good health as them.

Designed with Mobirise - Try it